Elections to fill the three vacancies arising from the retirement by rotation of three current Trustees have proved not to be necessary as only three nominations were received.  Congratulations to two new Trustees, Phil Holden and Matt Bell, and one returning Trustee, Wayne Regnault.  The three sitting Trustees who automatically retain their position for a further 3 year term are Sid Kempton, Catherine Rossiter-Stead and Derek Wilson.

The Board wishes to acknowledge and record its appreciation for the 12 years and 6 years respectively of service to the Trust and community by Mike Gray and David Montgomerie, both of whom elected not to stand for re-election. 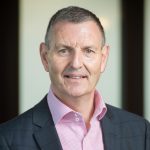 Phil Holden and his family have been living in Greytown for the last 4 years, attracted by the strong community values and vibrancy of the region. Phil is an experienced business professional with Chief Executive leadership experience over 17 years with organisations including Coffee Connection, The Lion Foundation, New Zealand Rugby League, Greyhound Racing New Zealand and Breadcraft and Phil is also a member of the Institute of Directors.

Matt Bell has lived in the Wairarapa for 17 years of which 12 years have been in Greytown. Matt has qualifications and experience in Town Planning and Property Management; and has had a 25 year career in property management and development in nationwide companies, and currently works for PGG Wrightson in their Corporate Property team as a national Property Manager based out of their Masterton regional office.